Elbow Island Park borders some of the oldest neighbourhoods in post-Treaty 7 Calgary: Mission, Rideau Park, and Roxboro. Despite being a beautiful public green space along the Elbow River,  it is currently relatively difficult to access – hiding in plain sight. 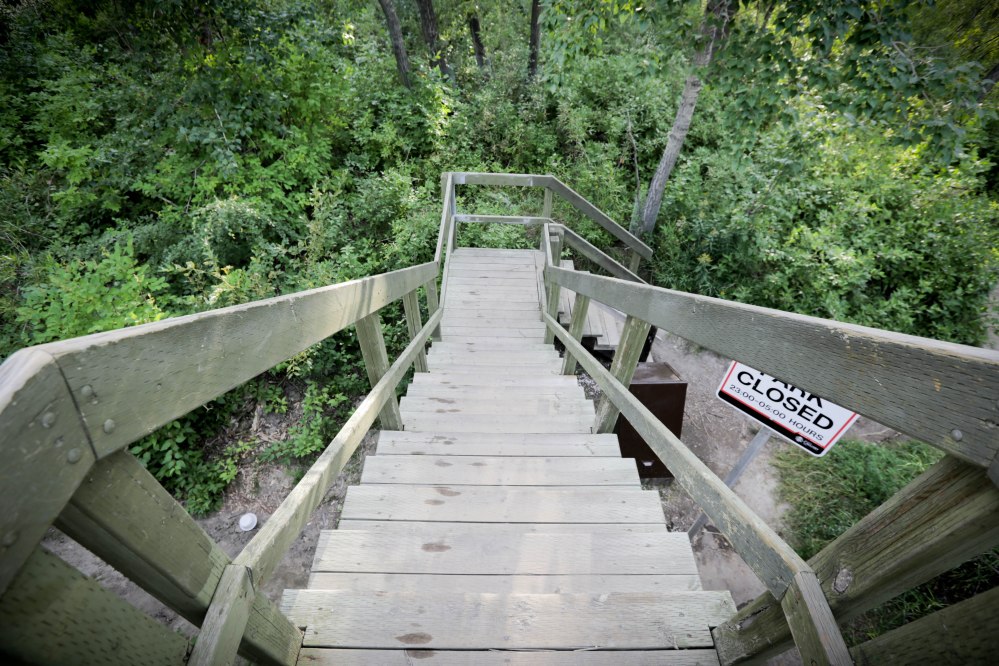 One narrow stairway leads on and off the island from Mission Bridge. The only other entry points are through private property or wading across the Elbow River.

Perhaps as a result of this isolation, in the Summertime, an ad hoc encampment sprouts up beneath the bridge at random intervals, occasionally disbanded by Bylaw Officers and Police (though it returns with tenacious consistency over the warmer months). The underside of bridges in Calgary are well known for their role in the urban ecosystem: part shelter, part social space, and part hiding place.

Whether as a result of this activity, fluctuating flood waters, or simply the nature of hidden public spaces, mysterious objects litter Elbow Island. During a site walk, we found everything from a (seemingly) ritualistically arranged bird corpse, to a handmade memorial penned in permanent marker. 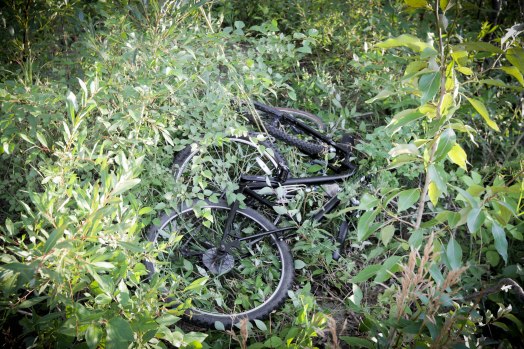 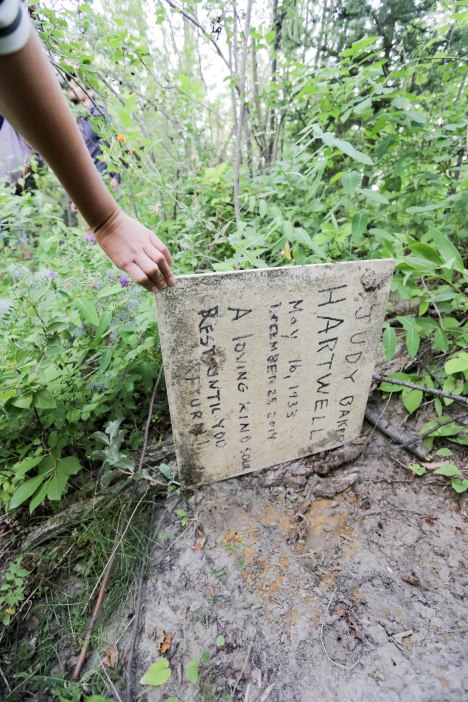 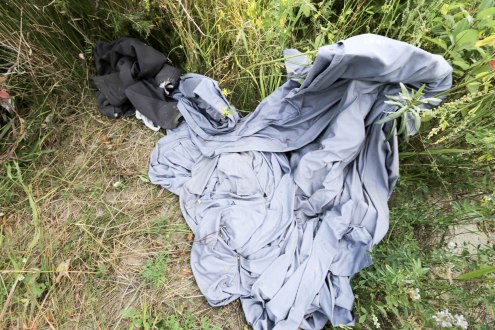 The island is bordered on one side by grand domiciles: until the floods of 2013, the riverside homes backing onto the Elbow River were some of the most desirable real estate in Calgary. After the floods, the neighbourhood changed face. For many, the results were devastating as the swelling river re-asserted its unpredictable power. Situated in this active flood plain, and downstream from Calgary’s water reservoir and dam, the river water rises and falls around Elbow Island seasonally.

As an additional result of the island’s remarkable isolation within the inner city, the foliage of Elbow Island Park is rich with berries and rare plants, fertilized by rotting flood debris and deadfall.

This is not a manicured park space, but an urban bastion of natural processes. Owls, beaver, ducks, geese, sucker fish, brown trout, and a variety of bats call this micro-habitat home, existing in relative harmony with the under-bridge dwellers.

Occasionally, rafters or recreational users make their way onto the Island, walking their dogs, jogging, bird-watching, or exploring the trails – but when they do, there is nowhere to sit, nowhere to comfortably observe nature. The island has an air of separation: you can hear traffic, but not readily see it. There is evidence of people, but not many. It is as if the island is floating within the context of Calgary, lush with life and rich with potential, but drifting from everything else.