The first aspect of The Wandering Island is a new stairway leading down into Elbow Island Park, designed by lead artists Caitlind r.c. Brown & Wayne Garrett. Intended to replace the current rickety wooden stairs (damaged during the flood of 2013), the stairs provide access to the island from Mission Bridge, a historically significant Calgary bridge constructed in 1915.

This stairway is the only official access point to the island that doesn’t involve trespassing, swimming, or wading. As such, it is both entrance + exit, setting the tone for experiencing The Wandering Island – the first clue that the Park holds something unexpected; an invitation to look carefully, to pay attention.

The landing above the stairs provides a look-out over the island. As you move down the stairs, materials transition from the language of infrastructure (galvanized steel) to natural woods. Drooping stairs create a moire pattern, rippling underfoot. You become the stone, skipping across water.

Intended to reference a fish skeleton, the ribs of a canoe, and the concentric ripples of a stone thrown in a pool of still water, the stairs were designed to allow precipitation to fall through the grid underfoot, nourishing plants and reducing the necessity for snow clearing. Over time, foliage will grow up through the flexing wooden ribs at the base of the stairs, grounding the infrastructure within the nature of the place. 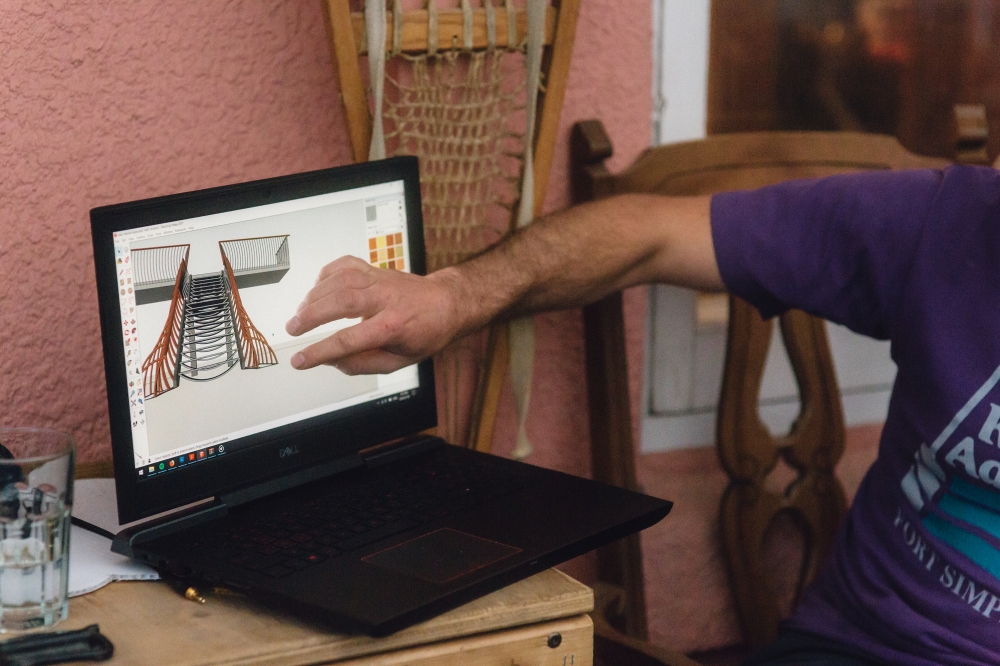 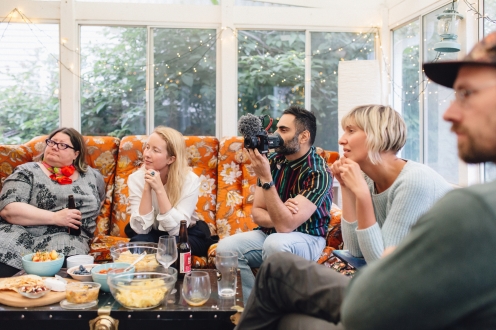 Above and below: Visiting a sample stair built by fabricators JAG Industries in their Calgary-based shop. Matching metal with wood. Both integrated and alien, tied to infrastructure and rebelling from it, these stairs are the transition point beckoning wanderers down from the city street into the urban wild of Elbow Island Park – the first of many artworks hidden on The Wandering Island.